Train For One-Timers With A Hockey Shooting Pad 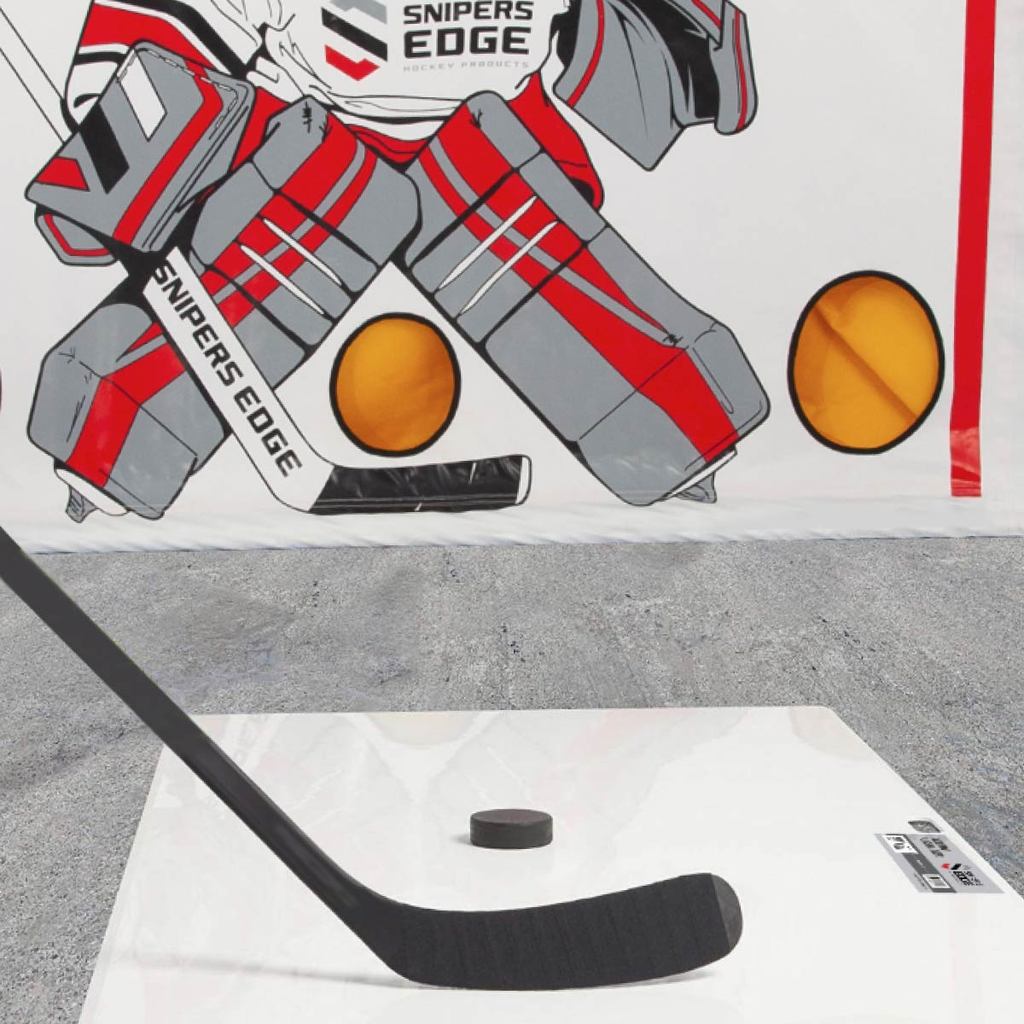 Anybody that knows anything about hockey knows what a one-timer is, and how quickly they can win games. But, did you know that you can train to make those shots with a hockey shooting pad and a shooting tarp? As crazy as it might sound, you may have more of an advantage to learning this type of shot by practicing this way than any other way.

Muscle memory is when your body does something over and over again to the point where your muscles are used to it and you no longer have to struggle as hard to do what you were doing. Say, for instance, you lift weights every day a certain way. Maybe you alternate a push-pull routine each day. While you develop your muscles, you also develop the memory of your muscles to help in a time that you might need them later. If you do triceps over your head continually, maybe someday the hood of a car starts to fall towards you from above. The muscles that you have built by doing over the head back arm routine will kick in and give you the strength you need to stop the hood in its tracks. Likewise, if you practice a particular shot over and over again without distractions when you get the shot dialed in, your muscles will remember it in a game.

We all inherently have a certain amount of hand-eye coordination that is already present in our bodies. Just like any other skill set, this can be built up and strengthened as well. After a whole bunch of training drills, we start to develop an extra sensitive sort of hand-eye coordination that comes only with great practice. When we describe what hand-eye coordination does for a player, it is laid out like this: Your eyes will direct attention to where your hands will play a significant role in facilitating a task. In laymen’s terms, this means that after lots of practice you will better be able to direct the puck exactly where you want it. Every time.

When it comes to practicing with nothing but a hockey shooting pad, a stick, a target, and a huge pile of pucks you can’t go wrong. Position yourself on the shooting pad with an arsenal of pucks right there within reach. Aim your shots and shoot at the target that is hardest to hit for you. Over and over again. Hit that target until you can’t miss it. This is how you build the skill that you will need to slap those one-timers in every time.

Hockey is a very competitive sport. Most of the players are in really good shape and can handle a stick nicely. This is where the act of consistent training comes in handy. For every practice that your opponent does, you should be doing two. For every drill they do, you should be doing two. The best way to get great is to practice greatly. The more of an advantage that you have over the next player, the more unstoppable you become. Keep at it, and do all that you do with a purpose.